View as a grid

This population of this wide-ranging native was grown from seed collected in the Sierra foothills of Placer County, and by division ever since. It is relatively large and robust for the species with flowers of about four inches in diameter. It would be a great choice for a butterfly garden….

Yarrow is one of those bread-and-butter native perennials that is easy to take for granted. It is found throughout North America in a variety of habitats, which testifies to its remarkable flexibility. Yarrow responds well to regular water but also can be naturalized (i.e. no supplemental irrigation). Without regular water…

Blow wives are found throughout California’s valleys and lower foothills, blooming in the spring in sunny open areas. It grows as a short, rather unspectacular plant through flowering. As blow wives set seed they display silky white scales which aid in seed dispersal. These appear to be white papery flowers…

This relative of the widespread deer weed (Acmispon glaber) is endemic to several of the Channel Islands. It grows in an open mound of silvery white leaves, accented in the spring and early summer with bright yellow blooms. The silver lotus thrives in a sunny, well-draining location and should only…

Deerweed is found in coastal and mountainous areas throughout the state. It is a pioneer species, meaning that it quickly fills disturbed areas with dense stands that condition the soil for other plant species. Deerweed accomplishes this by fixing nitrogen, as do other members of the pea family, Fabaciae. Deerweed… 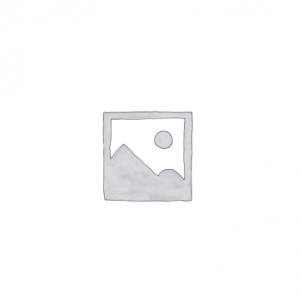 The large leaved lotus is a rather rare member of a range of plant communities throughout California. It is found at low elevations in hilly, dry settings, although it receives a good deal of atmospheric moisture in coastal settings such as the Channel Islands. It forms a mound compound leaves…

Chamise is a common member of chaparral plant communities throughout California. It grows as an upright open shrub with small leaves somewhat like rosemary in appearance and twisted shredding bark. The flowers appear in late spring, covering the plant with a cream white display. A stand of blooming chamise can…

‘Nicolas’ chamise is a prostrate selection of this widespread native. It forms a dense mound to about three feet. It shares the qualities of the species (see the entry for Adenostoma fasciculatum) and adds the more compact size and cleaner appearance. ‘Nicolas’ is derived from cuttings taken on St Nicolas…

Red shanks grows from San Luis Obispo County south into Mexico. It grows into an open tree with shredding strips (“shanks”) on red and gray bark and feathery fronds of small leaves. The flower color is cream white as with the closely related chamise, Adenostoma fasciculatum. With careful pruning, redshanks…